The benefits of jogging are so many. Jogging is one of the most popular and lasting aerobic exercises. They’ve been around for ages and they’re likely to stay that way. This is owing to the relative simplicity of action, lack of any need for instrumentation and the fact that it has undeniable benefits. In a day and age wherein there are new exercise regimes coming into popularity all the time, Jogging is the one constant you can always bank on.

There are various things you should keep in mind while jogging, such as your form which is of ultimate importance in any exercise, as you need to increase your impact with least effort possible. This is usually achieved in the case of jogging if you land on the balls of your feet and push with your toes so as to develop a gliding sensation wherein your foot doesn’t have to feel much pressure.

Here’s a list of some of the greatest physical and mental benefits of jogging regularly.

Being an Aerobic fitness exercise, it can greatly reduce the chances of your developing diseases. This is especially good for the heart as your cardiovascular muscles get a good exercise and it facilitates a steady flow of blood from your heart to your vessels and back. It also helps regulate your blood pressure ad lower “bad cholesterol”. It also prevents hypertension which is commonly called “silent killer” as it has long term effects on your body without your being aware of it.

While not all cancers, and while it’s still not a cure, Jogging can help lower the chance of some cancers as it provides better oxygenation of the body and thus the cells receive a healthy supply of oxygen and might not mutate the way they might otherwise do in the case of cancer.

This is because Jogging greatly enhances the quality of your immune system by stimulating the production of macrophages and lymphocytes, the former of which are bacteria fighting cells, and the latter helps fight infections. This helps stave off the common cold and other viral diseases.

Diabetes is more likely in those who lead a lethargic lifestyle or are overweight. As such jogging regularly keeps you active and fit, thus lowering the chances of Diabetes.

Jogging helps make your bones strong and thick, and this is beside building up your endurance as well. As such it is also a great exercise for those who are worried about aging as it helps build bone primarily in the hips or spine.  However, this is only great as a preemptive measure, not a cure for Osteoporosis. In fact, if done after coming down with Osteoporosis it can actually do more harm than good.

The obvious reason for this is the fact that being in physically better shape helps you gain confidence and self-esteem. But also, jogging releases the “feel-good” hormones called Endorphins which lead to you having a generally better mood.

Other than the upbeat attitude due to Endorphins, Jogging also helps you develop a sense of peace and equanimity in yourself. Whether jogging out in the open air or on a treadmill, it releases a chemical in the brain which can help you feel calm. These are dopamine and serotonin.

Pain isn’t just caused by rigorous activity, but also a stationary life, which causes your bones and muscles to grow weaker, thus causing pain. Jogging helps as your muscles are engaged in working, and thus you generally feel relieved.

It is estimated that you burn 150 calories for every mile that you run! This has absolutely no equal in any of the other exercises. In fact, if you do it regularly you will also receive the afterburner effect, wherein your body would continue burning calories even after you’ve stopped running. And again, getting yourself in a better shape is directly related to how good you feel about yourself.

This naturally follows from all the previously stated reasons. Depression and Anxiety are in the mind, so the previous activities can help you feel calm or upbeat. And this also offers a distraction as you can focus more on your physical body instead of the state of your mind. 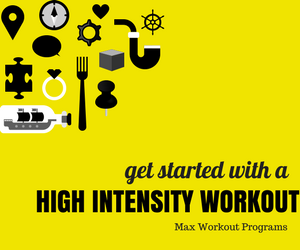